My Father was a Geography and History teacher, I grew up learning about maps, orienteering and with the amazing fortune to be shown a large part of the world by my travelling parents. With 3 children, and both being school teachers, their budget wasn’t large, and they wanted to explore the ancient cities, African game parks, tropical islands, religious and historic sites, so we travelled budget and learnt a lot about the local culture, food and language that way.
This was how I was brought up, and after an apprenticeship living in a decked out van and surfing around the Victorian and South Australian coasts, I tried the East coast of Oz and realised Indo was what was calling.

So after working 3 jobs during the busy tourist season and living in my van to save everything I could, I headed off to the northern tip of Sumatra, to begin a 6 month exploration, swag, water sanitisation pills, secret compartments sewn into my board bag to stash money and passport, nautical charts from Aceh to Enganno, I flew out in April 1998 to explore Sumatra. 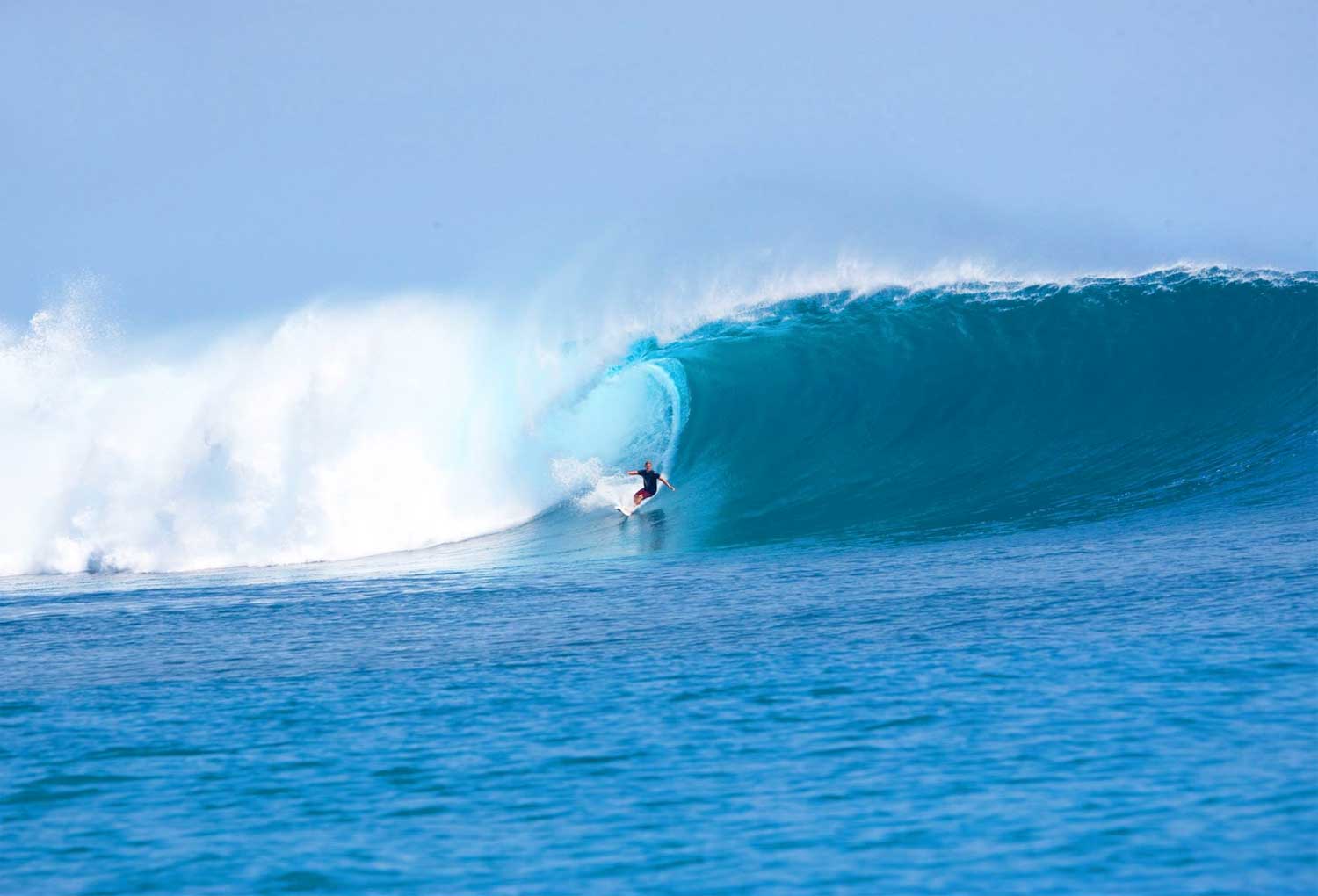 Bali hadn’t really interested me, and the little snippets of the search movies and rumours had led me to want to explore that great big island of Volcanos, Tigers, Orangutans and outer island chains.

Charter boats were around, but I had never used the internet and didn’t have an email when I set off, I wasn’t interested in that then anyway, I had time, and I wanted to explore for myself, that was always what stoked me the most about roaming the Otway coast of Vicco, exploring alone, watching how the banks changed and working out when and where might be on the next time the conditions were right. The same way the wild West coast of SA had caught my imagination and the power and risks had made me feel so alive.

23, super fit and surf crazy, the Aceh coastline wasn’t big enough or challenging enough to me, it was beautiful, and the water very warm and the smells and sounds and tastes and challenges on land were all exciting, but I was pretty one track minded and needed to be pushed and scared by the great Indian Ocean.

On the tip of another surfer who saw what I wanted I headed to Asu, travelling back into Banda Aceh and then through Medan, and down to Sibolga all while massive riots, fires, rapes and murders were going on around me, the dictatorship of Suharto was being overthrown, the currency depreciated radically and banks were giving massive amounts of interest in a vain attempt to stay afloat.

Some really heavy memories of seeing terror in peoples faces, seeing houses burning, hearing gunshots and being screamed at and slapped in the face were just a means to get to the surf I needed, looking back, it was a historic time, but I didn’t for one second have any doubts about it, naive? Definitely. Reckless, I don’t think so, I’d seen some heavy things in Kenya, Israel and Sri Lanka in the 80’s and I didn’t believe people wanted to hurt me, I just tried to keep my head down, keep learning the language and get to my goal, Sirombu, on the west Coast of Nias and then find Ama Freddy to get in his canoes with some food supplies to get out to the island of Asu, or Dog island, in the local dialect.

Page load link
Join the Sumatran Surfariis Family!
Subscribe and get all the latest news and deals throughout the year.
Give it a try, you can unsubscribe anytime!