We often refer to the crew and guests that have traveled with Sumatran Surfariis as “family,” and that is not by accident. Scuzz began this company back in 1998 as a family business, and it has continued to grow and blossom since then. Once you have been exposed to the Sumatran Surfariis experience, whether you’re an employee or guest, you will always feel a connection to our family.

Our boat crew is essential to creating this family feeling. Several of our team are well into their second decade with Sumatran Surfariiis. Others have worked for us for a few years, left to try other adventures, and returned because they realize they can’t find that feeling of love and camaraderie anywhere else. And it’s not just the workers that become close to our company; it’s their brothers, sisters, sons, daughters, fathers, sons, friends, etc. We try to treat everyone like they are special and important, and that feeling of warmth and caring is carried over to our treatment of the guests.

It’s not uncommon for a guest to take 5 or 10 years off between trips, only to come back and be greeted by many of the same crew they traveled with last time. You might even come back to find one of the staff wearing a pair of trunks or shirt you donated to them many years ago. Our crew always remembers you and values your presence. In that way, you become part of our family, too.

Some of our crew

Here are just a handful of our most senior and recognisable members of the Sumatran Surfariis crew: 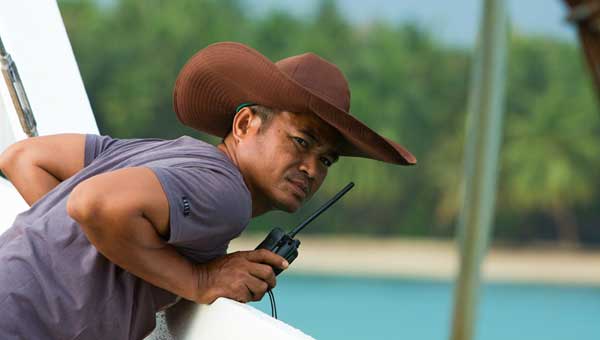 The alpha male of the Mahogany crew, Budi has been with us since Surabaya and helped build her from the engine room up. His knowledge is incredible, and the rest of the team respects him as a highly qualified leader. He is a recent father, and his career as engineer and overseer of Mahogany is a source of personal pride.

Bang Bood began his tenure with Sumatran Surfariis back in 2003, just after we launched Southern Cross. He is a really funny, entertaining guy who strikes confidence and happiness in the guests. He loves his fishing, and he’ll occasionally join the guests for a session or two in the lineups. He does a fantastic job of ding repairs and keeps us all laughing, while his booming voice cuts through the air and keeps the rest of the crew in top form. 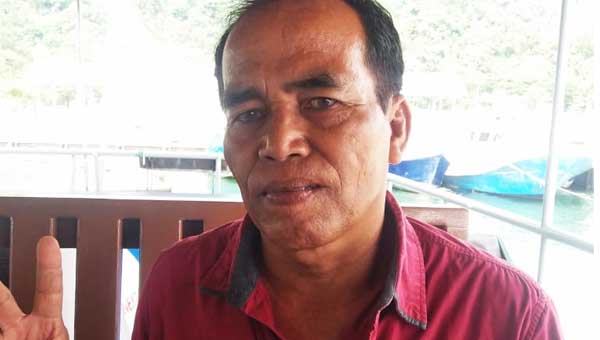 Bujang is of the hardest working man you will find, in any industry, period. He has received offers for many jobs to bring him overseas; he’s just that good. Fortunately for us, he’s stayed loyal to the Sumatran Surfariis family for almost two decades.

Quiet and unassuming, Bujang doesn’t talk much. But he’s always ready to greet you with a smile, and he is constantly fixing something, cleaning something, or just seeking out the next thing he can do. The man just never stops working, and you’ll have a soft spot in your heart for him by the end of the trip.

Bujang was instrumental during the tsunami relief effort, always the first on the front line and ready to help out his fellow Indonesians in their dire time of need. He’s a master ding repair jedi, and a master at just about anything on board. He’s just a lovely guy, a family man who has also provided a great life for them through his time with Sumatran Surfariis. 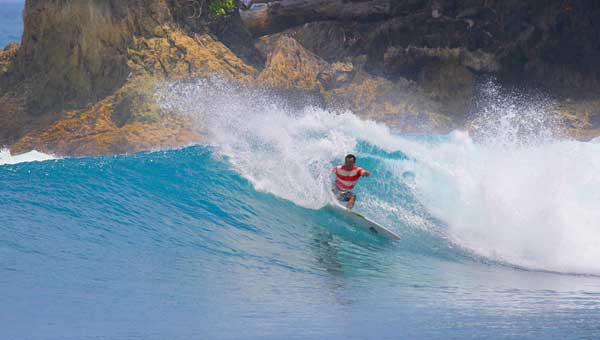 One of the longest-working crew in Sumatra, Sujud has been in the islands from the start. He was the King of Lagundri back in the day, then came to Mentawais and has seen every wave as good as it gets.

He scoffs at a head wound that doesn’t have brains hanging out, will out spearfish you, and through more buckets of water than you could ever dream of.

We were so lucky to pick up Sujud around the early Mikumba days, and he has since moved on to crew our best boats such as Ilike and now Mahogany. ALWAYS a favorite of the guests, Sujud leads by example both in the water and on the ship. 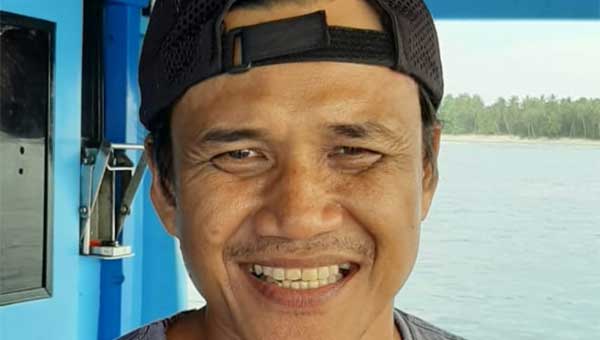 Tulang is a Master Chef and a great guy. The masterpieces he creates in the tiny Southern Cross galley will blow your mind. He’s funny, energetic, upbeat, happy, and has a solid grasp of the English language. A bit of a hellman on his own, he often paraglides into his volcano home up at Maninja.

Tulang can customize his meals to meet any dietary requirements. He’s happy to look after any special request, and he does it with a smile. Another one of our crew with well over a decade with Sumatran Surfariis, Tulang is a huge favorite of any guest who has ever been on Southern Cross. 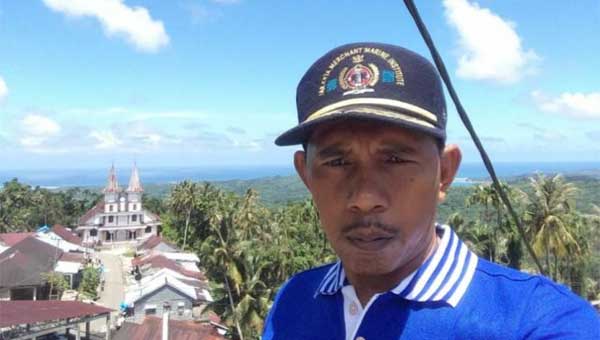 Cap Jap has been with us since the fishing boat days, with over 20 years with Sumatran Surfariis. He is a great fisherman, and he understands the ocean and weather off Sumatra like no other.

Cap Jap is currently at the helm of the Budyadahri. He loves a laugh, and you’ll hear his big booming voice telling the crew stories from all corners of the boat. Jap is always smiling and is very respected by all. Master of the ship, you’re in safe hands on the mighty Budydahri with Cap Jap.

“Danny, my hubby is back safe and sound and had another wonderful trip with you guys. Sounds like a pretty rough ride back into Padang, but just adds to the stories. One of these days I’ll have to make the trip with him, maybe stay at the resort for a week or two or do some volunteer work while he surfs. I feel so good knowing he is in good hands when he is so far away. It means a lot and as I stated last time, nothing beats a surfed out husband after he spends 2+ weeks on a boat with a bunch of men surfing as much as he wants. I think it maybe the key to this wonderful journey of life I am on with this man.

All the best to you and the gang.”

“Hi Danny, I know you’ve seen a million of these emails but thank you so much for your part in organising an absolutely awesome trip! All 10 of of us on that charter have said its the best one we’ve done. The waves, ‘Ilike’, the meals, the crew and of course Scuzz were incredible.

We can’t speak highly enough of Scuzz. What a legend! His knowledge of the area, wind, swell, tide and ability to get us to the best waves before anyone else turned up (if they did turn up, we often surfed alone) was spot on. In addition to that, what really made the experience complete was his unflapable nature, patience, entertaining stories and genuine character.

Trying not to get too carried away here Danny, but it really was a fantastic 2 weeks. I think after going with you guys we’d find it hard to go with any another company. In saying that we were hoping that you could hold and give us a price for Mahogany/Ilike for the Sept. 18 charter next year.”

“Hey Danny, mate, I have been meaning to write you an email since I have got back. I just wanted to say thanks for all the effort you put in with organising the trip, answering the questions & providing a point of contact etc. Personally, and I know from the boy as well, that was the best trip I have ever been on surfing or Non Surfing. Such a good place to experience and the way you guys have got it dialled on the Budy. It will be the only boat I go back to at the Ments on without a doubt!

If you could pass my thanks onto Josh for the photo’s and also guiding that trip, he did a fantastic job getting us to the right spots at the right time, with no crowds! Not to mention the Money Shots!

A special thanks to the crew as well, you guys really have a good crew of locals onboard and really fun guys to get along with as well.

Cheers mate, and hopefully I’ll be speaking to you again next year for another Ments adventure!”

Join the Sumatran Surfariis Family!
Subscribe and get all the latest news and deals throughout the year.
Give it a try, you can unsubscribe anytime!