Much like our guests, the Sumatran Surfariis crew is a diverse group of people from all different corners of the world. We currently have guides from Australia, Japan, New Zealand, and Japan, and we’ve had several other nationalities at the helm in the past. They range in age from 20s to 40s, and each has his own unique personality and guiding style. Though all have been trained by the master Scuzz himself, each has his own way of doing things, and this provides our guests a variety of options to choose the guide that is the very best fit for their group.

You would be very hard-pressed to find a crew with more experience than the Sumatran Surfariis roster. With an average of over 15 years of experience of guiding in these waters alone, you should feel confident that our guides will get you the best possible waves with the fewest people in the safest manner.

Yet, despite all our experience and knowledge, we remain humble enough to remember that this is YOUR trip, and we customize every trip to suit your specific skills and desires. We provide our expertise and advice whenever possible, but you will always have significant input on when and where we travel.

Most of our guests remain lifelong friends with their guides once the trip is over. We hope you come and experience the adventure yourself, and you, too, can be part of the Sumatran Surfariis family.

Some of our guides 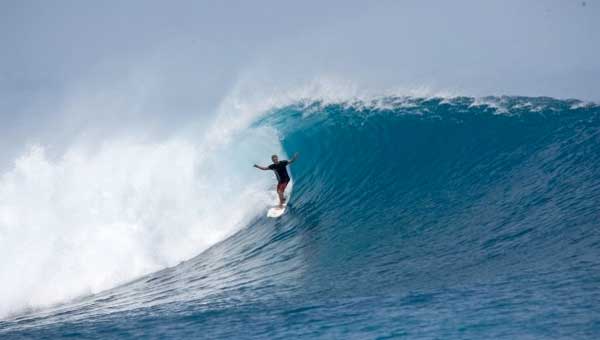 Our founder, that is too humble to write a proper bio about himself and his extensive exploits, Scuzz started it all back in 1998. He began by exploring on land and fishing boats from mainland Aceh’s tip all the way down to Enganno. After hooking up with a local fisherman, he started Sumatran Surfariis, building it from the ground up as a family business.

A unique and genuine individual who seems to have a magical connection with the sea, Scuzz focuses on making the trips a relaxing, enjoyable, and exceptional experience. He’ll often try to get the guests not to focus on the small things but to take in the entire trip as a whole and let the adventure come to them. Though these islands are no longer a secret, Scuzz loves exploring new places and finding little channels in reefs that can offer another option to surf alone when other waves are crowded. Though he would never say this about himself, Scuzz is genuinely a legendary guide who has literally spent more than half his life guiding trips in these waters. His knowledge is endless, as are his stories that will keep you entertained at every dinner conversation. He has an extremely loyal following, and he’s the main reason we’ve never had to use outside agents and have been able to control our operations from start to finish.

He worked with over a dozen wooden charter boats, running roughly 10 – 15 charters a year and overseeing another 30, while also being a part-owner in a Mentawai resort. You can do the math, but what you can’t add up is his personal connection to the guests and the sea.

He’s a special guy, and he runs trips like no other. 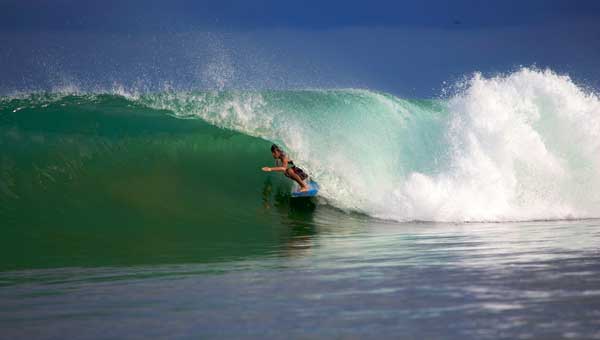 Yu has spent nearly half his life in Sumatra and has been running trips for Sumatran Surfariis since 2002. We met this slight-of-build Japanese hellman charging HUGE Bawa, and after hanging with him for a bit, we learned he was living there in a little shack, spearfishing in the mornings and surfing when the wind went west. We knew he was our kind of guy and asked him to join our crew.

Yu is known more for his actions than any bluster. A quiet, soft-spoken, and highly knowledgeable guide, Yu will often have his guests on epic waves before any other boat even thinks of moving. He’s logged in as many epic solo sessions as anyone, and he is often running the only charter boat over the Christmas and New Year’s periods.

A gentle and caring guy who loves his righthand barrels and his fishing/spearfishing, Yu is very well medically trained and knows the islands off the western coast of Sumatra like the back of his hand. 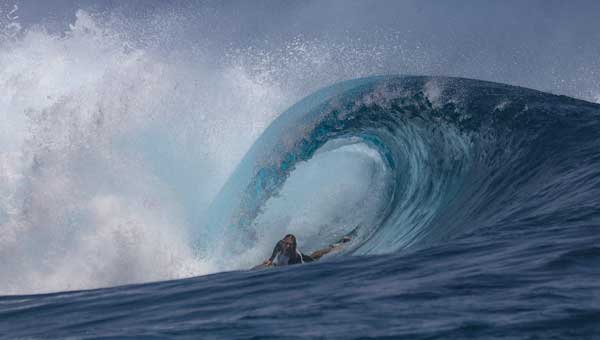 He got so good at documenting the heavy barrels and epic rides that GoPro started giving him cameras for free.

As his passion continued, he began visiting the Mentawais and spent four years working for various resorts before we nabbed him in 2014. He’s been a perfect fit for the Sumatran Surfariis family with his calm, kind, and caring demeanor.

Grant puts in long hours shooting our guests, and he’s got a personality that gels with pretty much anyone. He’s fully medically trained, and we doubt you can find anyone who would say a bad word about him. 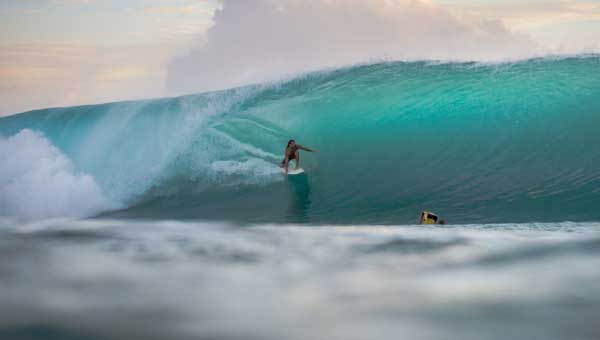 Manu is the newest addition to our crew. A Spanish charger who loves solid hollow and heavy waves, Manu is also a qualified surf coach, commercial diver, and trained medic.

Manu spent several years traveling all over Indonesia before landing in the Mentawais several years back, running camps and guiding for resorts in The Playground. After many excellent recommendations, we asked him to join our team in 2018, and it’s been a perfect fit ever since. An extremely avid surfer who loves playful small waves as much as deep barrels, Manu always amps up the guests and gets them to surf as much as possible.

Always upbeat with great energy, Manu will make you feel like you got the absolute most out of any charter you take with him.

“Danny, the trip went great, it is brutal being back at work now. Didn’t get any total macker swells but that”s probably for the best for a group of Indo rookies. Head high every day with a few bigger days, what more could you want?

Bevo did a great job, we were always the first ones to spots in the morning and even scored a fun secret right all alone for 2 days (no other boats). And AK was on it with the mad photo skills. Everyone brought home good stories and plenty of stoke. The Indo crew, legends, seriously the best guys. And none of us could believe how good the food was, 3 meals a day for 14 days all original, flavorful, healthy, filling feed. Right on!

“Hello Danny, what a trip! Still in a haze, but that was an amazing experience. The waves we surfed, the boat, the crew, Scuzz, etc, etc. Thank you! My brother and I were laying in our hotel room beds in Singapore discussing the many, many high points of the trip. Thank you and also a big thank you to Scuzz. His personality with his stoke, calm demeanor, stories, knowledge and thoughtfulness made this trip truly amazing. Thank you.”

“Thanks scuzzy for your enthusiasm and encouragement I was totally shagged after the 10days here is a photo that all and sundry think is photo shopped.”

Join the Sumatran Surfariis Family!
Subscribe and get all the latest news and deals throughout the year.
Give it a try, you can unsubscribe anytime!